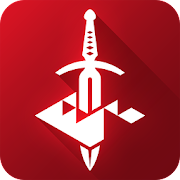 How to Install jojoy Imperial Ambition

Forge a powerful stronghold, capture mass territory, command awesome heroes, explore the magic world, claim the supreme throne. Imperial Ambition is another brand new war strategy game developed by Haypi since the release of Haypi Kingdom in 2008. With novel game rules, diverse occupation gameplay and free sandbox strategy, Imperial Ambition，the elaborately designed next-gen magic strategy game，brings SLG into a new 3.0 era. This game pioneers Kingdom War, allowing all players to strive and conquer for hegemony in a world map, which explains why ONLY in Imperial Ambition you can fight fierce battles with other large legions.Centuries after the battle against the Dark Dragon, evil rumors swept through the races. “When the Dark Dragon awake, the magic world will break.” Conflicts arises whic