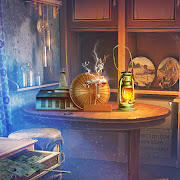 Fearless journalist Laura is again brought in to investigate strange murders taking place in New York. Immerse yourself in an exciting crime story and solve the mystery of a dangerous criminal surrounded by lightning! New York Mysteries: High Voltage – an adventurous hidden object game-quest with puzzles and mini-games that tells about mysterious events that took place in the 50s, New York.New York City, sometime in the 1950s. A wave of mysterious murders has swept through the city. At each crime scene, only a pile of ash remains. Witnesses claim to have seen a ball of lightning. Could a human being be capable of such a thing? Who is behind the cryptic killings? Are they connected with a strange incident which took place during an execution at the Sing Sing penitentiary? The police are una