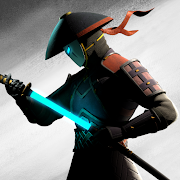 Legend has it that a hero will come to end the fight for shadow energy. He will have to learn three fighting styles, collect the best weapons and challenge the strongest warriors. The world is on the edge of an epic war. The mighty force unleashed by the Gates of Shadows many years ago has turned into a weapon, and now three war clans are fighting to decide the future of this force. The Legion warriors want to destroy the dangerous energy. The people of the Dynasty want to use it for their own benefit. While the mysterious ninjas of the Heralds clan explore the darkest secrets of the shadow power. Three clans, three world views, and three fighting styles. Which side will you join? Fight back with rage and courage if you want to win!Shadow Fight 3 is a cool fighting game that gives you a gr